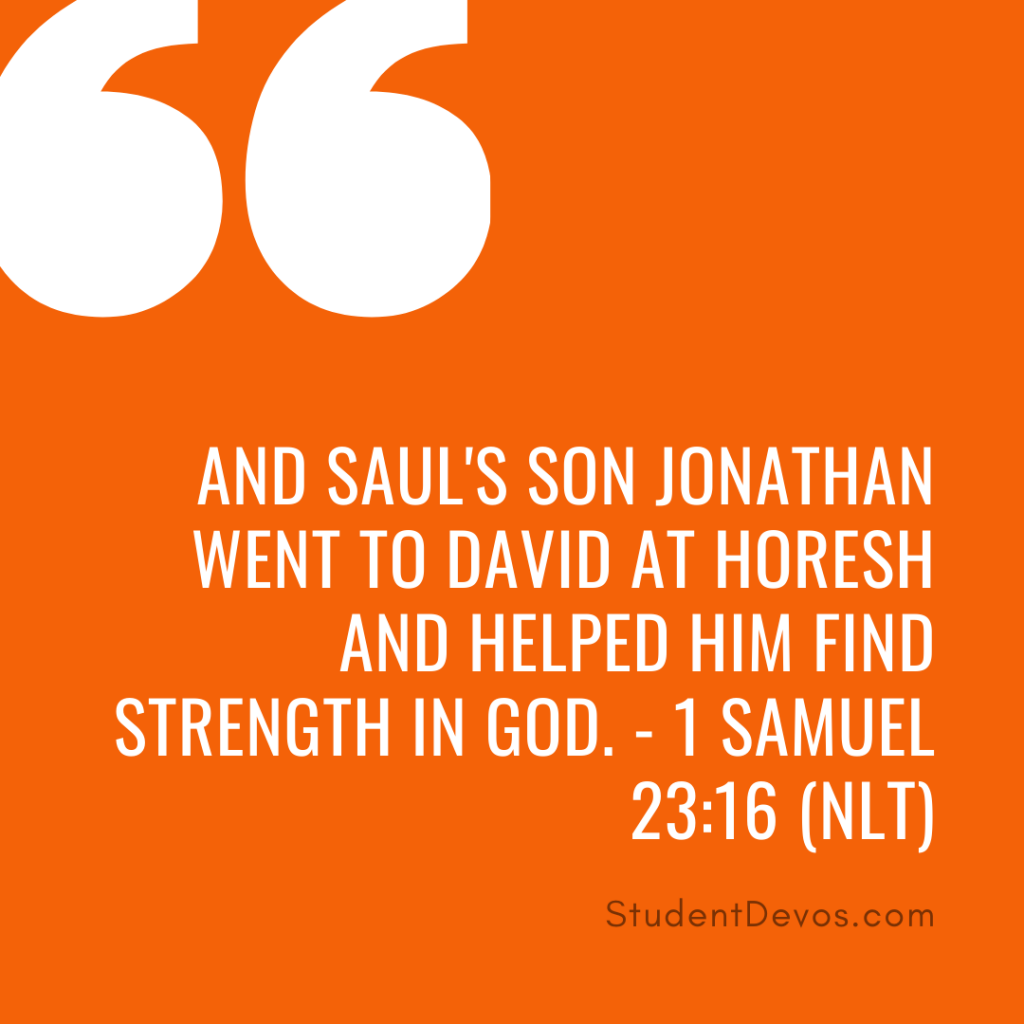 And Saul’s son Jonathan went to David at Horesh and helped him find strength in God. – 1 Samuel 23:16 (NIV)

The truth is, when we’re faced with fear, fear speaks loudly! It seems so loud, so big, it’s hard to imagine or think about anything else.

That’s why when you’re afraid, it’s good to do what David did. When faced with a big and scary situation, David realized that what he listened to was important. Instead of feeding his fear, he listened to what his friend Jonathan said. Jonathan reminded him to find strength in God.

David defeated fear in his life by listening to God and reminding himself of what God had told him. God had told David that he would be the next king. David listened to a word from God instead of his fear.

You can do the same. Yes, you might be facing something big and scary like David. However, you can choose what you listen to. Fear might be speaking loud in your life, but you can choose to listen to faith. You can listen to what God says about your situation rather than what your fear says. When you do that, you will conquer fear every time!

Ready to break free from fear?

This e-book will provide you with helpful scriptures and practical tools to help you win the battle against fear in your life.