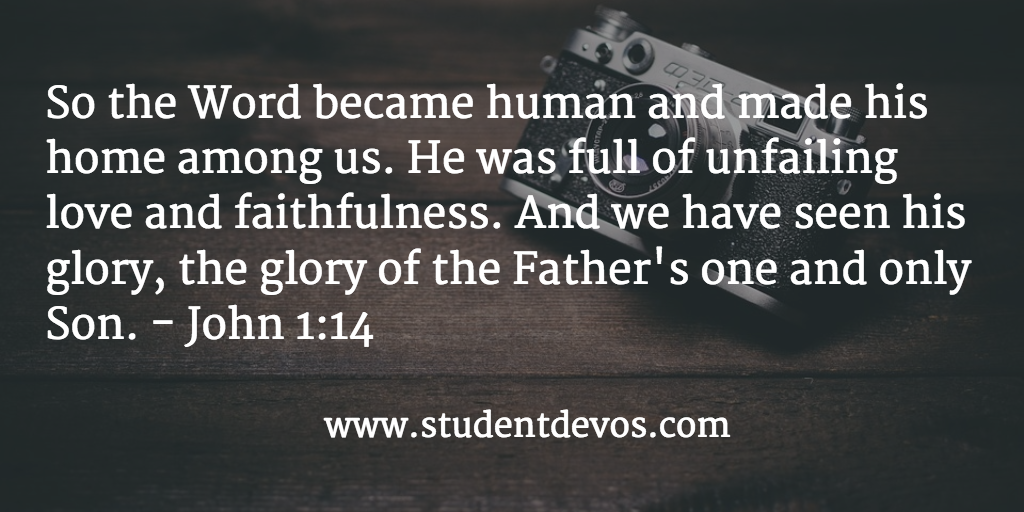 So the Word became human and made his home among us. He was full of unfailing love and faithfulness. And we have seen his glory, the glory of the Father’s one and only Son. – John 1:14

Jesus could have done what many popular people do. He could have only hung out with those who were as popular as He was. Instead, he did something different. Today’s Bible verse says that he became human and made his home among us. He was full of love and faithfulness.

It sounds like Jesus didn’t have an exclusive lunch table or friends. Instead, He made himself at home with us. He showed many people love and kindness who had never experienced it before. Jesus’ actions should make us so thankful that He chose to show us love and faithfulness. He didn’t ignore us, or hang out with the people who had it all together. Instead He poured His love out so that we could get to know the Father.